Below, for six major programming languages, you can see the average comment density as well as its distribution (cast as a histogram). 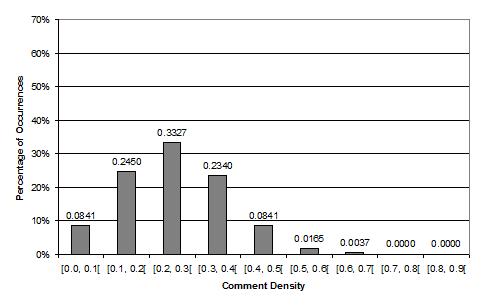 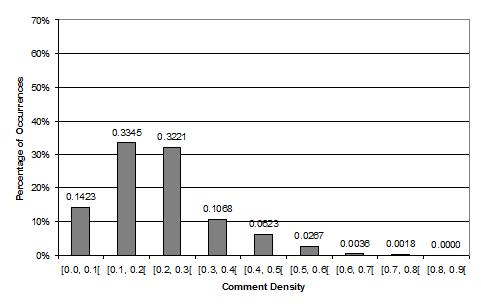 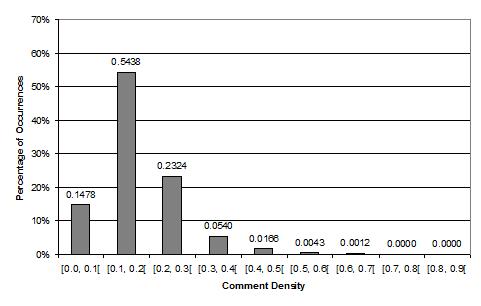 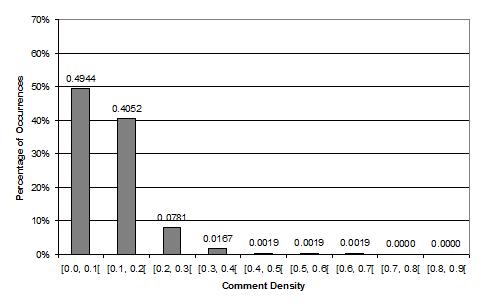 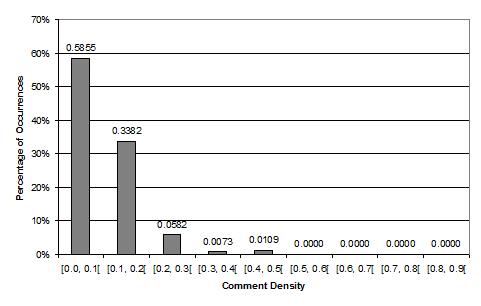 What does this data mean? Here are a couple of hypotheses, and I very much would like to hear your opinion on what you think is going on.

These are serious hypotheses, even if they may be hard to validate. How would you go about validating them? What other thoughts or explanations for the data do you have? What do you think we should look at?

Thanks once more for your thoughts!

Data was generously provided by Ohloh.net.

7 Replies to “How Open Source Comments (by Programming Language)”