What is common to these three types of firms is that in some form they exclusively own some intellectual property they capitalize on. In the case of closed source and single-vendor open source firms, it is the software itself, in the case of distributors it is the branded configuration. Thus, in this article we are not talking about pure services firms selling consulting or maintenance services. Also, our analysis is independent of the software delivery model, be it on-premise or hosted (software as a service).

It is important to understand that while open source may be freely available under an open source license, open source software nevertheless has an owner. There are two main forms of ownership:

Moreover, it is important to understand the two main categories of open source software licenses. For the purposes of this paper, we simplify these categories to reciprocal (“viral”) and permissive licenses:

How then does any of the three types of software firms depend on any of the two types of open source projects and what are their business goals for employing open source? 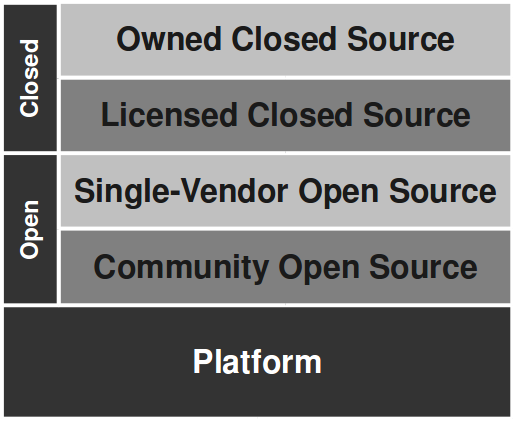 Figure 1: All component types one might find in a software product

In the open source part of the component stack in Figure 1 we distinguish single-vendor open source from community open source:

Jaspersoft is a single-vendor open source firm that provides business intelligence software products, most notably JasperServer, a report generator. In its enterprise edition, JasperServer contains closed source code owned by Jaspersoft, it builds on the open source community edition of JasperServer which it wholly owns, and it uses community open source packages like Hibernate, an object to relational database mapper. JasperServer runs on both Windows and Linux.

Maximizing customer exposure is a catch-all for the benefits expected from open sourcing one’s intellectual property. The benefits derive from a self-sustaining community around the project, as we discuss elsewhere [6]. Maximizing customer exposure and minimizing competition are strategic goals joined at the hip. Firms have to open source to get the benefits of an open source go-to-market strategy, but that same move invites competition they now have to deal with.

Reaching these business goals requires that the software firm actively manages or at least influences the open source projects it depends on.

Software products firms use a toolbox of mechanisms to manage open source projects to varying degree to support their business goals. In the following, we discuss how these mechanisms help meet business goals, depending on the type of open source component at hand. In the discussion, we distinguish control points (enforceable through the legal system) from steering mechanisms (not enforceable through the legal system but based on social contracts and corresponding behavior). 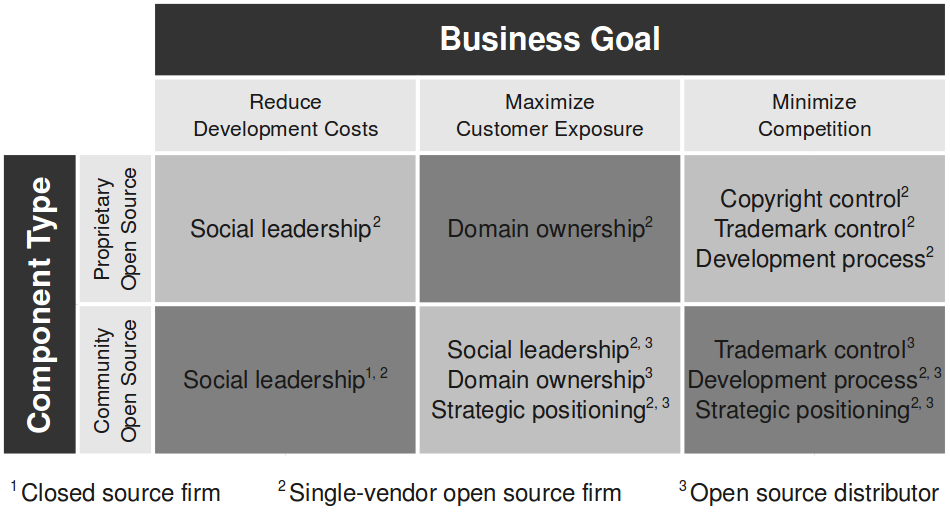 Figure 2. Control points and steering mechanisms and how they help meet business goals

We identified the following control points that give a firm significant control over an open source project:

One might have expected patents to be in this list. However, patent-based lawsuits are mostly used by software firms to stop other firms from using a particular software, the one violating the patent owner’s rights. Patents are typically not used to exert control over an open source project that a firm’s own products build on and hence are not relevant to this analysis. In addition, with increasing dependence on community open source, retaliation clauses in the community open source licenses push back patent lawsuits. The retaliation clause retracts usage rights from the suing party, making the lawsuit potentially hurtful to the plaintiff.

Next to these control points, we identified the following three steering mechanisms that allow a software firm to influence a project’s direction.

In the following, we discuss these mechanisms and how they help reach business goal. All mechanisms are multi-purpose with possibly broad effects.

4. Use of Control Points

We have identified the following practices around control points and how software firms use them to achieve some or all of the business goals of reducing costs, maximizing customer exposure, and minimizing competition from the open source project.

There are two best practices that single-vendor open source firms use to control projects they open source:

With copyright ownership maintained, the single-vendor open source software firm can sell a traditional closed source license while still reaping the benefits of an open source strategy its products.

The details of contributor agreements and open source license choice depend on the particular business model of the single-vendor open source firm. Typically, the GPL license is used, and we expect an increased use of the AGPL license as the world moves into the cloud.

Trademarks, like copyright and patents, are exclusive rights. Thus, competitors can’t use a firm’s distribution as is, but will have to remove the distributor’s trademarks first. The original distributor may want to make it as hard as possible to remove its trademarks to induce as long as possible a time delay between its own release and a competitor’s re-release of the same software.

In addition, removing well-known branding reduces the value of the software in the eyes of customers as the original firm and its capabilities obviously do not stand behind it any longer. Moreover, smart certification programs tied to the branded distribution increase its value further while decreasing the value of non-branded or re-branded distributions.

In a similar fashion, single-vendor open source firms brand their open source projects, threatening to sue any potential competitor who uses the software without having removed the trademarks first.

A third control point is Internet domain ownership, where the domain names are typically reflective of the firm’s products. Domain ownership is used to maximize customer exposure. Like trademarks, this applies to all three types of firms, but only single-vendor open source and open source distributors utilize it to protect their open source intellectual property.

Both single-vendor open source firms and open source distributors maintain domains that represent their products to interested parties. By managing the corresponding websites they determine what third parties learn about the software, which in turn supports their respective business goals.

These firms then use trademarks to exclude competitors from buying and using domains that might infringe on their trademarks, thus maximizing customer exposure while minimizing competition.

5. Use of Steering Mechanisms

Social leadership plays out differently, depending on the type of firm and type of open source component. Mostly it is used to reduce development costs, but it can also be used to maximize customer exposure.

In single-vendor open source, the firm employs most or all of the key developers. At least some of them can fulfill public leadership roles. In this capacity, developers can nudge the community to focus their attention and possible contributions onto different aspects of the software, depending on the firm’s needs. As Marten Mickos observed, only a small fraction of software development cost is actual programming costs–quality assurance and testing easily consume as much if not more time and money [5]. Thus, any contribution that the firm can gather from the open source community is likely to help reduce software development costs.

In community open source, a firm can also gain influence by hiring developers and putting them to work on the open source project. To the extent that these developers focus on making the software work for their employer, the resulting community open source software will help the firm save development costs. Thus, the work of a few developers may allow for the use of a much larger software component and corresponding cost savings. The more influential the employed developers, the more they will be able to lead the community to activities that will benefit their employer and increase development cost savings.

The actual influence of a developer in a community open source project evolves over time. An extreme but important case is being a founder of the project. Most notably, twenty years after the Linux project was started, its founder Linus Torvalds remains the final arbiter of technical decisions over the Linux kernel thanks to the unique hierarchical development structure that he created. Other projects, for example PostgreSQL or the Apache projects, take a more egalitarian approach.

Social leaders of a project then use their position to craft a particular culture that attracts or repels people, and they can use it to perform or direct work to the benefit of their employers. One might think that this creates push-back from the broader community for suspicion of conflict of interest, but in general it is well understood that if someone performs work to the benefit of the whole project that person gets to choose what to work on.

The main purpose of such practices is to gain a time advantage over any possible competitor. With a significant time delay before they can catch-up, competitors find themselves at a disadvantage for utilizing the code. Sometimes, the firm doesn’t actually have to do any of these things–the threat may be enough to keep competitors away.

Another important reason is that firms sometimes don’t want their competitors to know early what they are developing. For example, hardware firms frequently perform closed development of the necessary Linux drivers of their new devices, even though the Linux kernel community demand they don’t [4]. Open development would let competitors learn early, from the code, about the specifics of the new devices and hence give the developer’s competitive strategy away.

Sometimes, firms can lock-up a community open source project by employing all core developers (“committers”) who then won’t accept anyone into the inner developer circle who doesn’t fit the firm’s strategy. However, in community open source, such behavior is likely to be detrimental to project success unless combined well with strategic positioning practices, see below.

Employing key developers is crucial to being able to establish and follow an appropriate development process that fits the employing firm’s business strategy.

Through smart strategic positioning, closed source and single-vendor open source firms can utilize community open source to maximize customer exposure while minimizing competition. Since they can’t do it by selling the community open source, their revenue must come from an extended or complementary offering. An example is Actuate, which is the main developer of the BIRT report designer, an Eclipse Foundation project. Actuate’s main actual revenue is from a complementary report generator.

To the extent that the foundation lets the firm lock up the project, the firm can also minimize the competition arising from the community open source project. For this to work, the firm has to dominate the project. This can be achieved by employing all or a majority of core developers to the project, who may then exclude anyone else from joining. This ensures the projects moves according to the firms goals.

Naturally, foundations don’t like such lock-up and work against it. The Apache Software Foundation, for example, allows for competing community open source projects and requires for any project to be accepted to show a diversity among the core developers.

Software product businesses seeking to benefit from open source projects have three main goals: To reduce development costs, to maximize customer exposure, and to minimize competition from open source. To achieve these goals, software businesses rely on a toolbox of practices using control points (enforceable by law) and steering mechanisms (social contracts). Our analysis identifies the control points to be the established exclusive rights of copyright, trademarks, and property ownership (but not patents) and the steering mechanisms to be social leadership, development process, and strategic positioning. The article summarizes the practices around these mechanisms.

I’d like to thank my Ph.D. students Hannes Dohrn, Carsten Kolassa, and Michel A. Salim for providing thoughts and feedback that helped improve this article.